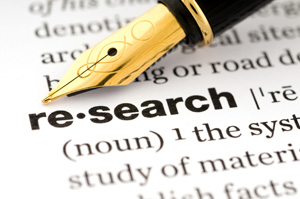 SYMPOSIUM:
Field Research and US Institutional Review Board Policy

Sponsored by the Betty Glad Memorial Fund in the Political Science Department, University of Utah

US Institutional Review Board (IRB) policy with respect to human subjects was created to protect human participants from harms caused by research.  It institutionalizes three ethical principles: respect for persons, beneficence (do no harm), and a just distribution of the benefits and burdens of research. The federal policy has been shaped in light of research following an experimental design, a model that often does not fit the exigencies of field research.  This symposium is intended to explore the ethical dimensions of social scientific field research, including those not envisioned in the federal policy.

"'The Freedoms We Are Committed to Protect': Political Science, Academic Freedom, and Institutional Review Boards in Historical Perspective" Video

Historian Zachary Schrag is one of the leading scholars exploring US institutional review board policy with regard to the social sciences. Author of Ethical Imperialism: Institutional Review Boards and the Social Sciences, 1965-2009 (2010), he has maintained a blog on the topic since 2006 http://www.institutionalreviewblog.com/.

The lead title of his keynote address, "The Freedoms We Are Committed to Protect," is a line from Ithiel de Sola Pool, a political scientist and founder of MIT's political science department, who played a key role in the history of IRB policy. Although Professor de Sola Pool died on March 11, 1984, his critiques of IRBs are still quite relevant to today's debates. The keynote address roughly marks the 30th anniversary of his death.

What do IRBs teach us? Do they teach us to think about the ethics of research practices with "human subjects" or how to adapt to bureaucratic norms and concerns? This chapter examines the convergence and divergence between IRB norms, rules, and socialization practices and actual field research conditions and practices. I use myself as the subject of this analysis. I trace my own experience going through the IRB approval process at two different North American research universities, one in the US and the other in Canada, first as a graduate student, then as a full-time professor. The chapter also draws from the author's experiences conducting field research in three countries: Bosnia, Rwanda, and the US. This research involves talking to a wide variety of people (young and old, men and women, prisoners and recently imprisoned) about violence they lived through, survived, witnessed, or, in some cases, perpetrated. The chapter focuses on what the process of obtaining and maintaining IRB approval entails and the extent to which that process socializes researchers to think about ethics or about rules concerning ethics. The chapter argues that from the very start, IRB processes socialize researchers to adopt the norms, rules and vocabulary of the IRBs by emphasizing compliance over reflection about the actual ethical implications of their research. This singular focus on compliance then leads researchers, paradoxically, to hide much of the realities of their field experiences and practices from the IRB in order to maintain approval status.

In theory, institutional review boards (IRB) and their related government policies ensure that university researchers conduct their work ethically, without harm to research participants. However, the bureaucratic processes associated with securing IRB approval—including documentation requirements and review procedures—are often time-consuming and idiosyncratic, particularly for social science researchers whose projects may not conform to the experimental orientation of many IRB policies and procedures. What impact, then, does this apparent disconnect (between IRB goals and procedures) have on social science researchers' practices and ethical considerations, especially when they conduct field research that involves ongoing and multi-situational engagements with research participants (as opposed to more closed-ended interactions that characterize experimental research)?  To explore this question, I draw from my experience conducting multi-method qualitative political science research in the United States with sex workers and local government officials. I illustrate how--when the IRB process is prone to delays, errors, and arbitrary practices—it impedes successful research instead of creating a moment for ethical reflection.

Undercover: Reflections on the ethics of concealment and the ethics of power
Timothy Pachirat
Department of Politics, New School
Panel 1 9:00-10:30 am

In this talk, I draw on nearly six months of undercover fieldwork on the kill floor of an industrialized slaughterhouse in Omaha, Nebraska to explore two competing ethics that can sometimes confront researchers conducting fieldwork in hierarchical settings characterized by large power disparities.  The first, which I term the ethics of concealment, prioritizes full disclosure and informed consent.  The second, which I term the ethics of power, prioritizes the positionality of the researcher within unequal networks of power.  I offer an account of how I negotiated these competing ethics before, during, and after my fieldwork and conclude with some suggestions for how IRBs might better accommodate and enable fieldwork projects that seek to understand, critique, and challenge structures of domination.

IRBs and government public affairs offices rely on taxonomies for providing access to information that depend largely on professional employment, specifically those that distinguish the research scholar from the journalist, and also the journalist from the freelance writer or blogger.  My paper will characterize the policies that depend on and produce these distinctions; explain their implications for the tension between government transparency and individual privacy; and compare current practices with alternative criteria grounded on a Socratic understanding of the relationship between knowledge and citizenship.