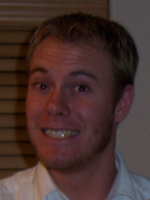 His research interests include: Politics and Religion, Theology, Pop-Culture and Politics, Political Correctness and it's impact on Public Administration, and American History.

He loves travelling abroad and learning about various cultures. This passion has fueled his goal to one day teach American Politics and Government at an institution outside of the U.S.