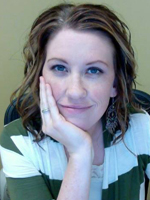 Jessica Awtrey graduated with a BS in Philosophy from Utah Valley University, and an MPA from the University of Illinois. She is entering her first year in the Political Science Ph.D. program, majoring in Public Administration with a minor in American Politics. While sitting in an Ancient Greek philosophy course, Jessica found herself gaining a deep commitment and passion to political dialogue; growing an affinity for political philosophy, stemming from the study of ancient republics and democracy through Plato and Aristotle as an undergrad, and continuing through research on government institutions and public administration in her Masters program. Her Masters research focused on ethical and criminal wrongdoings among elected officials at the state level, and its affects on public institutions. In her current role, Assistant Dean of University College at Utah Valley University, she is often faced with tough decisions based upon bureaucracy and political conventions that govern state institutions, ßfurthering her interest in the role state governments play in publicly funded organizations.