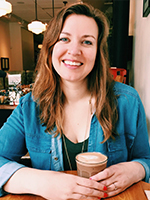 Jessi Bennion is a PhD candidate in American Government at the University of Utah. Her research focus is on rural politics in the Rocky Mountain West, with particular interest in the state of Montana, its citizen legislature, and the state's political identify. She was recognized as 2014 TA of the Year in the political science department and recently presented an article at the Western Political Science Association meeting on the role of Montana's bipartisan interim committees.

Prior to her PhD studies, Jessi received a BA and MPA from the University of Montana and taught numerous courses in political science, including Political Parties and Elections, Introduction to Public Administration, and Public Service Leadership. She also founded and directed a non-profit organization helping pregnant women.