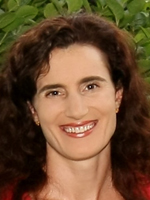 Susanna Southworth is a former immigration lawyer, working towards her PhD with the goal to teach university students. Her subfields are comparative politics and public administration. Since the summer of 2014, Ms. Southworth has assisted Professor John Francis on a research project on data protection in the European Union. In the fall of 2014, she was a teaching assistant for Dr. Francis in his European Politics course. Immigration law and politics are Ms. Southworth's primary research interests, particularly in the United States, Western Europe, and Latin America. Ms. Southworth intends to utilize her FLAS Portuguese language training in order to conduct field research in Portugal on the topic of immigration integration initiatives. Prior to beginning the PhD program, Ms. Southworth provided legal assistance to refugees at both the International Rescue Committee and Catholic Community Services in Salt Lake City. She also defended detainees facing deportation in immigration court in Tacoma and Seattle, Washington for the Northwest Immigrant Rights Project. Her long-term goal is to make a broader and positive impact on immigration policy through scholarly research, writing, and teaching.