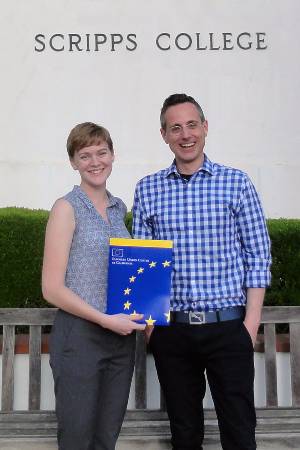 Kim’s conference paper develops a theoretical link between the declining influence of blue-collar unions and support for populist movements in European Union member states before statistically testing the empirical implications of her argument using European Values Survey data. It was not only selected for publication in the conference journal, but Kim received the best paper award, a one-week summer study trip to Brussels, Belgium.

Kim’s research has been supervised by her faculty mentor, Dr. Tobias Hofmann, who also attended the conference as a volunteer panel chair, discussant, and judge. Kim and Dr. Hofmann would like to acknowledge the generous support of the University of Utah’s Office of Undergraduate Research and Department of Political Science.